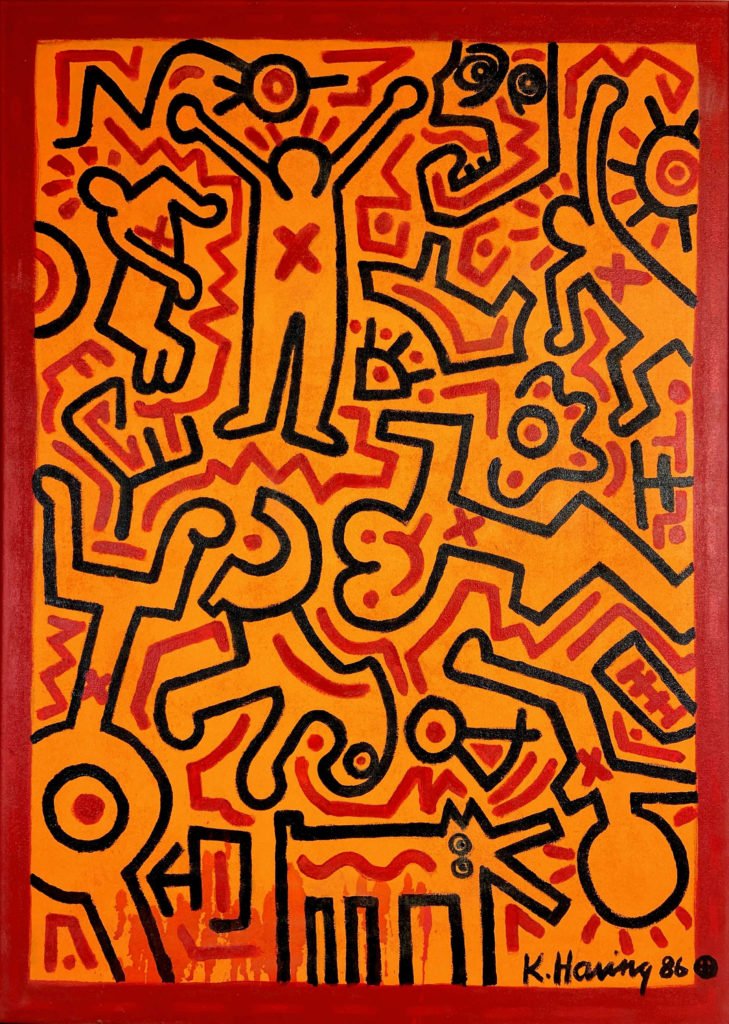 GLENDALE, Ariz. (May 18, 2020) – It was nearly 34 years ago, in December 1986, that world-renowned street artist Keith Haring visited Phoenix for a well-documented, week-long visit that included a drawing workshop at Phoenix Art Museum, lectures, and most notably, a collaborative project with some 60 students from South Mountain High School that produced a bold, colorful, abstract 125-foot mural on the wall of an abandoned building at the corner of Adams Street and Central Avenue in downtown Phoenix.

Now, more than three decades later, an acrylic painting that Haring gifted to a young man during the trip will be auctioned at 12 p.m. PT on Friday, June 19 at EJ’s Auction & Appraisal in Glendale, Arizona. The image measures 35.75” x 25.5” and it is signed on the bottom right with a personalized note on the back of the canvas along with a second signature.

EJ’s Auction & Appraisal retained the services of Bart Baggett, a renowned forensic document examiner and an experienced expert witness, to examine the handwriting. On March 25, 2020, Mr. Baggett provided EJ’s with his professional expert written opinion that the handwriting was by the hand of Keith Haring.

Bidders can inspect the opinion letter and the painting by contacting EJ’s Auction & Appraisal. Video and photos can be found on EJ’s website, www.ejsauction.com, and EJ’s will schedule private viewings of the painting at its Glendale, Arizona auction house through Thursday, June 18.

EJ’s will also open for a public preview at 9 a.m. on auction day, Friday, June 19, 2020 (barring no statewide restrictions relating to COVID-19). A starting bid of $50,000 must be met for bidding to begin, and bidders must pre-register at www.ejsauction.com.

“We’re confident that this is an original Keith Haring painting,” Hoyer said. “Everything points to it being an original, and we encourage serious collectors to schedule an appointment to examine it.”

The consignor is a Phoenix resident who wishes to remain anonymous, but she did share details about how the painting came into her possession, which Hoyer explained:

“Keith Haring’s note on the back of the painting is addressed to “Chris.” While the consignor did not know Chris personally, she was friends with his partner,” Hoyer said. “Chris passed in the early 1990s, and then his partner gave the painting to the consignor before he passed. She did not care for the painting’s style and stored it away, moved around with it, and most recently, had it in a storage unit. She didn’t realize who Keith Haring was, and it wasn’t until she emptied her storage unit that a friend suggested she research the artist.”

The consignor contacted EJ’s Auction & Appraisal in early 2020, before anyone knew there would be a global pandemic.

“It’s been surreal,” Hoyer said. “Here we had what we thought could possibly be a multimillion-dollar painting and then the country closed down. Bart Baggett sent his professional opinion letter about the handwriting just six days before Governor Ducey issued his executive order to stay at home. EJ’s closed temporarily for the month of April, but we kept working on establishing provenance.”

Hoyer said Keith Haring was known to share his art and signatures freely, especially at the start of his career.

“He traveled often and signed everything from shirts people wore to skateboards and napkins, not to mention all of his street art. He was a prolific artist and I suspect there are many pieces in existence that are unknown just as this piece was,” he said.

Haring’s Trip to Phoenix Was “Kismet”

Keith Haring’s charismatic life was cut short when he died of AIDS-related complications in 1990. He was just 31 years old, but his art and persona were so striking, his legacy lives on with tens of thousands of fans worldwide today.

Mike Prepsky, a former art teacher at South Mountain High School and educational trustee at Phoenix Art Museum, is one of those fans. Prepsky not only worked closely with the late museum curator and influential art critic, Bruce Kurtz, to bring Haring to Phoenix, he stayed in touch with the artist for several years until he passed.

South Mountain High School is the first and oldest high school in the South Mountain community, educating students since 1954. The school had just been designated as a magnet school when Prepsky came up with the idea of bringing a renowned artist to Phoenix Art Museum. The visit would include an educational component for students.

But Haring was not their first choice. They originally contacted installation/performance artist Jonathan Borofsky, who couldn’t make it. Kurtz happened to be friends with Haring and reached out to him with the proposal of flying out from New York for an exhibition at the museum that would include a student drawing workshop. The workshop was documented by longtime Phoenix professional photographer Dan Vermillion.

The workshop was on a Sunday, and the next day Haring approached Phoenix Art Museum with the idea of getting a larger group of South Mountain high school students together to paint a mural in downtown Phoenix. The City of Phoenix agreed, and the collaborative project began less than 24 hours later.

“When we discussed the project the night before, we had a plan, but when we turned the students loose the next day, the plan fell apart. But Keith was okay with it, saying it didn’t matter and that their work was wonderful,” Prepsky recalled.

Prepsky videotaped the mural project, which was widely publicized by Arizona Highways Magazine, the Phoenix Gazette and many other media outlets. Several years later, when the City of Phoenix made plans to demolish the building, Haring told Prepsky and city officials that any salvageable panels should be sent to South Mountain High School.

“Unfortunately, most of the panels were damaged at that point, and if there were any that were salvaged, I don’t know what happened to them,” Prepsky said.

Now retired and working as a ceramic sculptor, Prepsky looks back at those years with gratitude.

“Keith Haring’s trip here in December 1986 was life-changing for me, and I know he influenced many of our students. It truly was kismet,” he said.

While the Keith Haring Foundation in New York no longer authenticates paintings, it does work to sustain, expand, and protect the legacy of Keith Haring, his art, and his ideals. The Foundation supports not-for-profit organizations that assist children, as well as organizations involved in education, prevention, and care related to AIDS. To learn more, visit: https://www.haring.com/kh_foundation/. 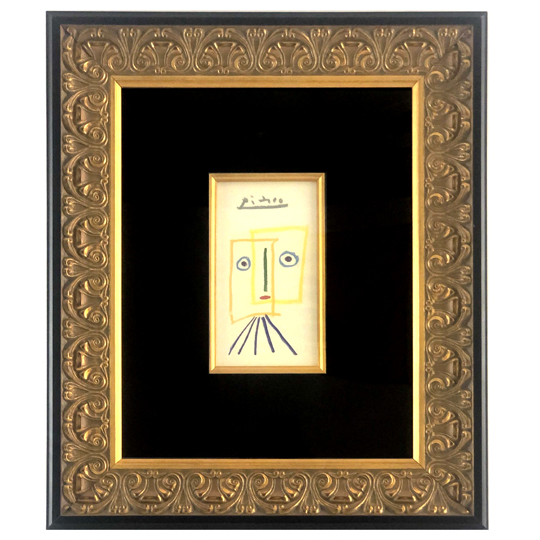 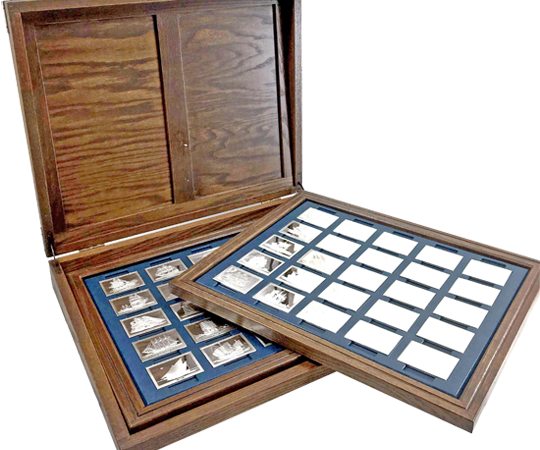 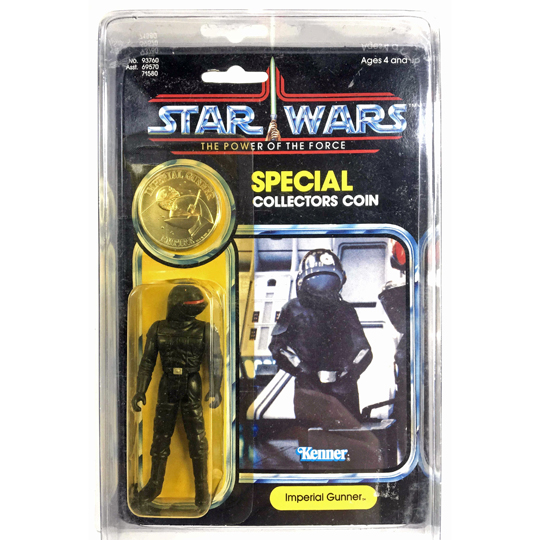 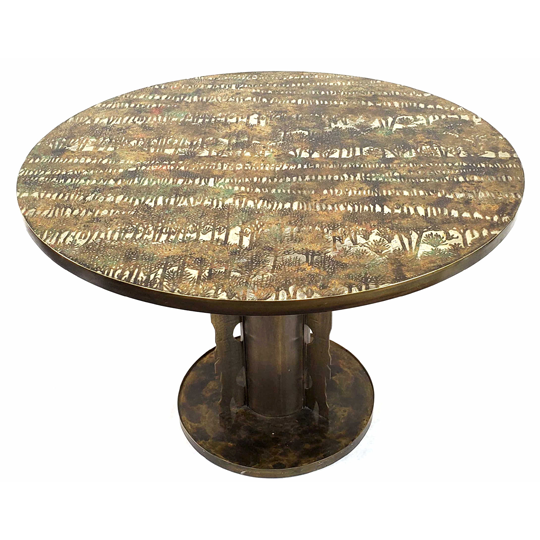 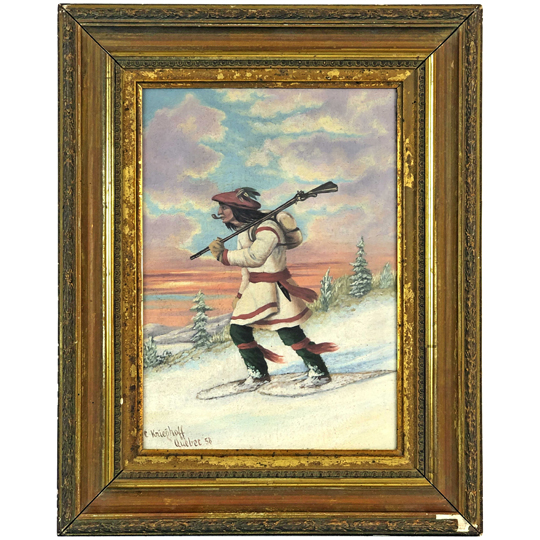 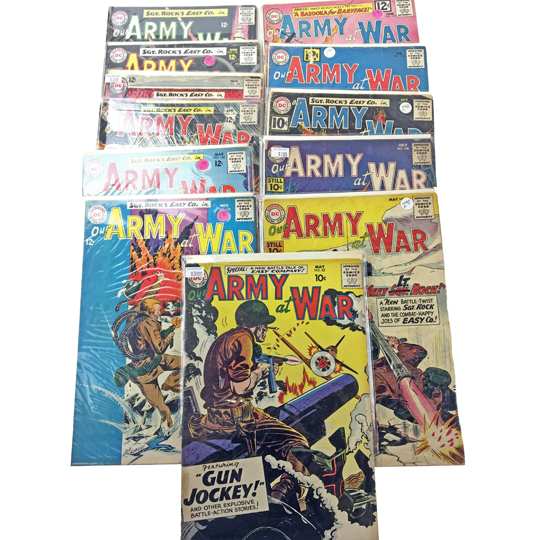 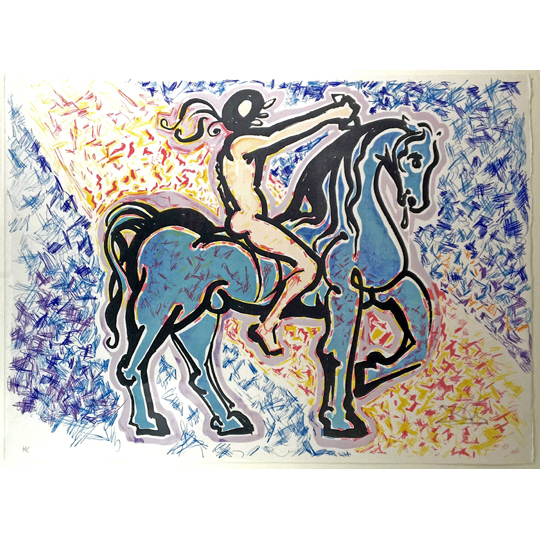 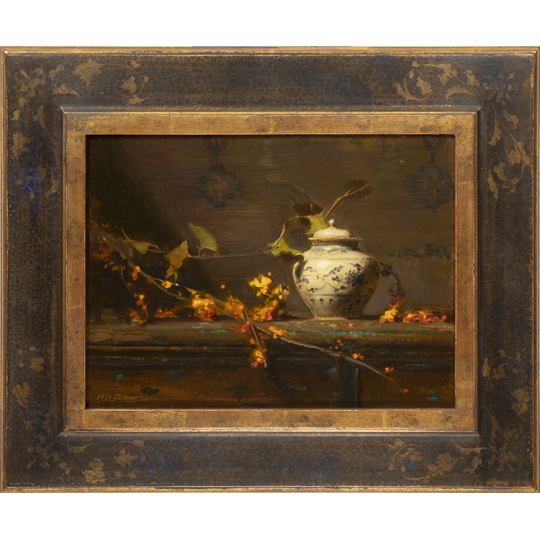 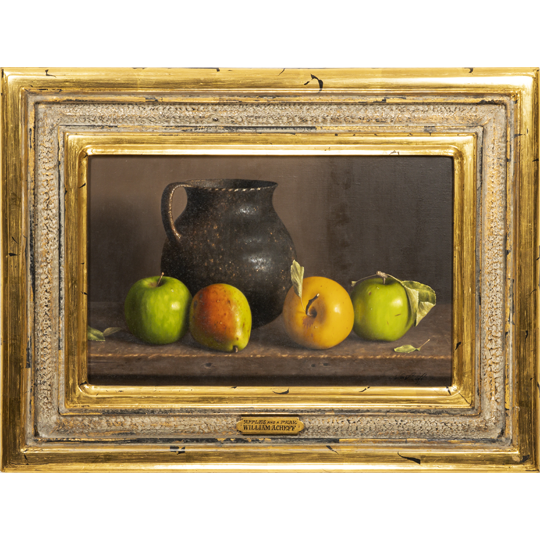 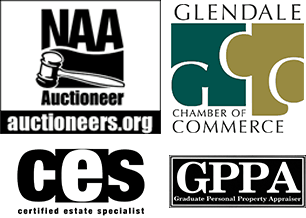